This Is My Truth Tell Me Yours

The importance of being a manic street preacher.

I haven’t written much recently – partly due to doing some actual work, but also because the conversation on energy security and affordability has become so noisy its hard to know where to start. So I’ll start with snow.

Dreaming of a white Christmas? No more dreaming – we had to dig ourselves out having had 60cm of snow in 36 hours.

As a recent arrival in Canada I have a delight in the winter that only people who have grown up in soggy turgid Atlantic Europe would understand. Its not particularly cold here (-8C and forecast to go down to -20C in a few days) compared to the bitter conditions that the prairies have been experiencing. Little wonder that Canada has one of the highest per capita energy usages.

So now warm and comfortable with stocks of food and firewood, we can relax for the holiday break and reflect on the years past and the years ahead.

I have been thinking and writing about the complexities of the energy transition for almost a decade now. In my job as an equity investor in (shock horror) oil and gas in Africa I was confronted with the hostility of generalist investors. A key moment (2014 I think) was when an investor called to “confront” us with their “truth” – having seen a presentation by Tony Seba, a self proclaimed expert on disruption – who was (and still is) telling anyone who would listen that the clean energy transition was going to be fast and furious. Using emotionally compelling, but ultimaletly poor, analogies he span a great narrative. One claim that was published was that the world “could” be 100% powered by solar by 2030 – and not just electricity, but everything … 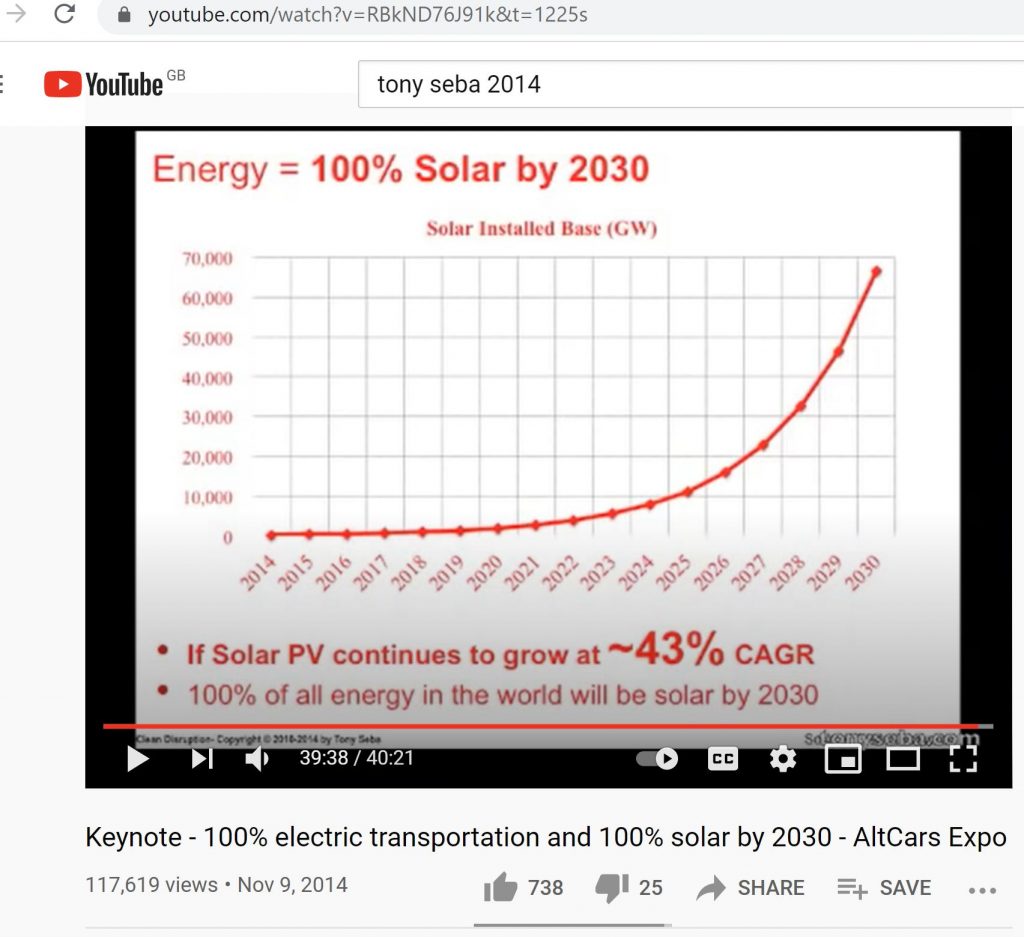 Colour me sceptical then and now. It all seemed too good to be true.

To respond to the investor about our 5-7 year investments I dug deeper in to the claims and counter claims and fortuitously came across the early work of Nate Hagens . Nate had graduated from the “peak oil” era of circa 2010 with a vision of how vital oil and hydrocarbons were to our modern society and how the relationship of cheap energy was a fundamental enabler of the economy. He took this much further and thought hard about the good and the bad ramifications. He has developed what is now more like a modern day philosophy of our place as a super-organism and the limits that this implies.

The YouTube video (not the one screenshot above) by Tony Seba had millions of views, Nate’s had a few thousand – but I knew which one spoke to me. As I have commented before, had I been smart (or dare I say it less concerned about “my truth”) I would have jumped on the Cleaner Greener and Cheaper gravy-train – tell people what they want to hear and you’ll get the likes and the followers and in many cases make a good living and get social status. Tell people that its complex, difficult and in all probability going to be so expensive it will make everyone poorer – and your audience thins out faster than your hair.

In July of 2021 I had the opportunity (along with the excellent Kathryn Porter of Watt Logic) to present to the British Parliamentary Group on Energy Studies – which seems to be a place for special interest groups to plead their corner. By a coincidence of timing I had dropped my wife and kids at Heathrow that morning as we started our emigration to Canada. I then returned to the hotel room to do my presentation by video (ah yes, Covid!) – I could say in all honesty that I had no business angle to “push”, no dog in this race – but in my humble opinion the UK had a many-headed Hydra of of energy related problems looming: problems that would badly damage the UK’s economy. I did not think that we would start to see these issues manifest for 3 or 5 years. However, less than a few months later by September of 2021 the price of gas and electricity was already becoming front-page news, as was the concept of dunkelflaute.

In the Autumn of 2021 I had the pleasure of working with a Bulgarian Ministry on their energy transition – Bulgaria has the majority of its electricity generated from nuclear and coal. They were feeling trapped between the EU’s insistence on a green transition and their own concern of how to replace coal. Despite the EU’s pressure, it was clear that wind and solar would not keep the heat and lights on in winter. Russian gas was not top of their list having seen how Eastern Europe had been harmed by pipeline politics in the previous decade. I didn’t have any magic solution – but having studied the UK and the wider European energy transition, my simple recommendation was to hang on for dear life to its nuclear and to not blow up its coal-fired power-plants but rather mothball them if they had to be shut. Dynamiting coal stacks makes for great photo ops for politicians – the UK has lots of such photos. My point was that “its complicated, and you might well need them in the future” – keep your options open. 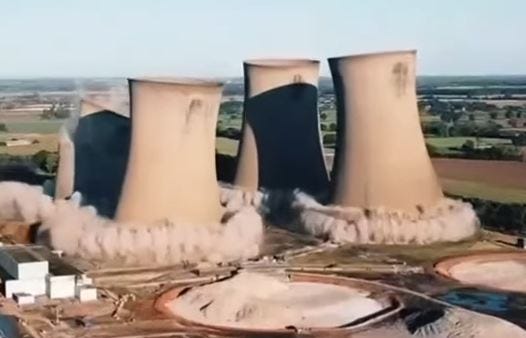 A few months later and Russia invaded Ukraine – and the European energy crisis accelerated. This invasion is tragic for many reasons – obviously for the people of Ukraine. But for Europeans it has unfortunately provided a convenient narrative that the energy (and cost of living) crisis is all Vladimir’s fault.

In May of 2022 I was passing through Vermont and had the opportunity to meet Meredith Angwin (author of Shorting the Grid, and regular on Robert Bryce‘s fantastic Power Hungry Podcast) for a coffee and croissant. Meredith is disconcerting as she looks like she should be running a quilting club, baking apple pie and enjoying a well-earned retirement (apologies Meredith!). For all I know maybe she does all these things. However, she is an expert of the bizarre world of regulated electricity utilities, a tireless writer and speaker on the energy transition. Calling out the grifters, telling people it will be difficult and messy, asking people to think in terms of energy security not just decarbonization. 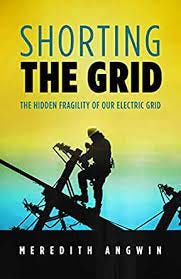 Meredith said something that captured for me the zeitgeist of 2022 – it is important that you (me in person and “you” as in everyone who can) keeps writing, posting, commenting, challenging and “raising one’s head above the parapet”.

In October 2022 I participated in a discussion with a European delegation on bilateral cooperation on security and energy. As one participant noted, with a major land-war in Europe, a potentially catastrophic energy crisis unfolding and a slow-burn cost of living crisis hurting everyone (apart from the 1%) – just how much of a crisis would be necessary before these issues are seen as part and parcel of the same problem?

I was also impressed and inspired by young professionals in the “Até o Último Barril” and PESGB Young Professionals groups where I had the pleasure of participating – passionate about all forms of energy and making the world a better place.

The theme I have heard repeatedly throughout the year – has been the same. Energy Security is security – and everyone who understands the implications of this should raise their voice – write, comment, lobby and if you’re very brave go into politics. A badly managed energy transition is an existential threat – and one that is far more of a “clear and present danger” than carbon emissions.

Thank you to all who swim against the current.