The Asymmetry of OPEC

If OPEC+ can’t cap prices by increasing production, only demand destruction can.

This is of course not framed as a counter-inflationary measure in our increasingly energy stressed economies, but simply ups-the-ante in the alarmist nomenclature – these are not oil and gas projects, but “carbon bombs”. Not only do the usual keyboard worker-bees promote this, but none other than the IEA jumps on the band-wagon (clearly not having noticed that the world has changed somewhat in the last 12 months).

Meanwhile, causing a lot less digital ink to flow was the announcement that OPEC had missed its production target by a huge margin. This is big news – oil is already trading at over $100/bbl, price of petrol (gasoline) is making headlines everywhere – so any wobbles on the supply side should be getting attention.

So what is the significance of OPEC (or OPEC+ when Russia is included) on the oil price?

The price of oil is the fine balance of supply-demand with the cost of the marginal barrels driving the overall price. In addition, there is the market perception of the risk of future over or under supply.

By voluntarily reducing production in mid 2020, OPEC+ stabilized the oil price in a world that was massively oversupplied. For the industry as a whole this was a good thing, as it avoided outright collapse of whole sections of the world’s production. If you are in the “Carbon Bomb” camp, then it doesn’t look like a good thing, but given that global demand rebounded “faster than expected” – having much of the global supply solvent and able to rebound is a good thing for the 7.8 bn people who rely on it.

Despite this, OPEC+ received much criticism that the build-back of supply was too slow and has caused rapidly increasing oil prices. Indeed, in the absence of immediate OPEC “opening the taps”, the US administration and the IEA have resorted to increasing “supply” by releasing crude from strategic reserves. 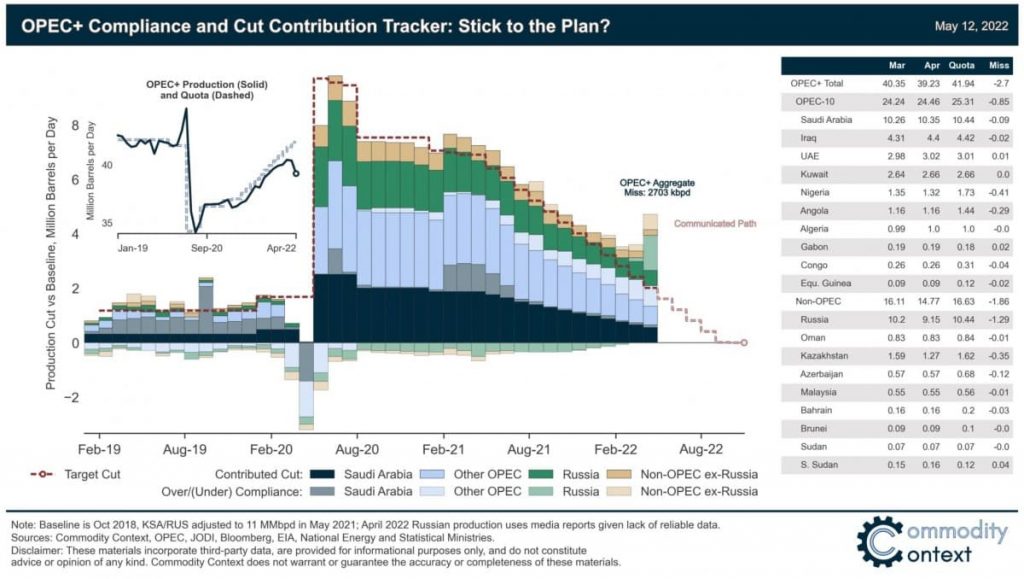 The fact that OPEC didn’t just open the taps has many explanations: notably that there is uncertainty in demand build – so a measured response was required on the supply side. In addition, $80 oil is manageable and helps repair balance sheets that were shredded at $20 oil. But the headlines at the top of this article point to another cause – there simply may not be enough spare capacity.

OPEC has a schedule for bringing back on all its shut-in production, and is failing to meet this schedule. There are many elements to this less than perfect performance, but as a theme, we can see that many OPEC members are simply unable to meet their quotas.

No one would not produce (and earn hard currency) out of choice. Angola and Nigeria are the most significant laggards: and in a continuing theme of “been there, done that” – this was entirely predictable – my article from February 2020.

When oil prices spike, OPEC’s ability to control prices by acting as a cartel is an easy political punch-bag. Indeed, the 2007 vintage NOPEC legislation in the US is still alive, albeit having very little chance of ever passing. This legislation is worthy of a post unto itself, but it seeks to sanction a cartel of producers who restrict supply to increase prices. When viewed from a position of global free-trade this has some sense, especially when it concerns a commodity that is so fundamental to modern economies. However, this is exactly what OPEC+ did in 2020 when it supported prices with production cuts, and it was mostly welcomed.

Without this intervention a period of prolonged low prices would have seen deep damage to an industry that was clearly going to be called on as soon as the recovery started. Imagine what global supply (and by extension, oil prices) would be like today if oil had stayed at $20/bbl for the duration of Covid?

The fact that OPEC has not chosen, or not managed, to cap prices is seen as more evidence that they are an evil cartel. Which has unlimited irony given that the US, are on one hand pushing the NOPEC legislation, are on the other hand begging the cartel to act with “solidarity” and produce more. You can’t make this stuff up.

The reality is more complex and MUCH more worrying.

The Asymmetry of OPEC

The holy grail of investing is to find a company with minor downside risk and huge upside possibilities – the fabled “asymmetric opportunity”. OPEC have an asymmetric profile – being able to control low oil prices but having very limited ability to influence high oil prices; a situation that is bad news for everyone.

As demonstrated by the Covid demand collapse, OPEC are quite capable of reducing supply faster than market forces, both maintaining capacity and ultimately controlling prices on the downside.

High oil prices need additional supply to squash the price spikes: do OPEC have the ability to cap high prices?

Historically the “OPEC spare capacity” was built into all models – this was mostly Saudi Arabia and neighbours – but was often quoted as being c. 4 million barrels/day. This was a decent percentage of demand when demand was 70 or 80 mmbbls/day. Recall that the oil price is a function of the cost of marginal barrels and the perception of security of supply. Today that buffer appears to be low, or even non-existent. 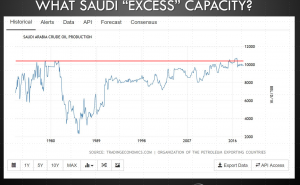 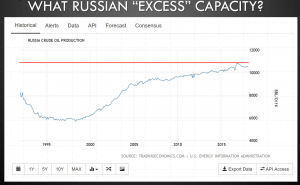 This slow-moving train-wreck and the need for investment has been warned about by the producers – but those who should be laser-focused on this were too busy making Net-Zero fantasy road-maps.

Maybe The Guardian or better still, the IEA could do a follow-up piece looking at just what would happen to the global economy if these oil and gas carbon-bombs don’t happen?

“Economic and Social chaos certain if oil and gas mega-projects don’t go ahead”.

Says no one. Ever.