This is the third part of an unintentional trilogy of posts. This will probably follow a good tradition of not being limited to three parts.

Part 1: Notes on a Death Spiral is here

Part 2: The Balkanziation of Energy is here

As the world lurches into an era of energy scarcity, or at best an era of more expensive energy, so the balance of economic power will shift.

In the simplest view there will be economies that have, and can export, energy (we can consider food as a primary energy just as much as we think of oil, gas, or electricity from hydro, solar or wind) and those who have to import.  There will be a net transfer of wealth from the latter to the former.  Winners and Losers.  This has always been the case – we only need to look at the wealth of the petro-states of the Gulf, or the current resilience of Russia to understand this.

However, what is less visible is the way in which cheap and abundant energy underpins other affluent societies.  Germany is a critical case-in-point.  Germany has been the industrial and economic power-house of Europe for many decades.  There are many reasons for this, including but not limited to work-ethic, perfectionism, strong law and regulations and institutions, education, huge embedded infrastructure and know-how.  At the same time, it has a very high labour cost-base with unionised work-force and high wages.  Local taxes are not especially favourable.  So why is it such a powerhouse, where does the competitive advantage come from?  Many would argue that it is the items in my first list above – but I since I always look at the world through the lens of energy, I would suggest that, whilst all that is true, the key ingredient has been cheap energy – notably the combination of nuclear and coal base-load in electricity and of course cheap Russian gas for electricity, heating and industry.
The mighty German industrial powerhouse is suddenly looking very fragile as its critical source of cheap gas (for feedstock and energy) is curtailed by an assertive Russia.  BASF has the largest petrochemical plant in the world and is considering how to park it with the very real prospect of gas rationing on the horizon (detailed by the ever excellent Doomberg)

Clearly, this is no longer a theoretical discussion – and the current energy war is like the ebbing tide – which shows who is swimming naked.   German industry is being smashed by high energy costs, and none of the “productivity” levers is going to save it.  The really important question is for how long it can be on life-support before it becomes an irreversible de-industrialization?

The UK has long convinced itself that it has some special fairy-dust, some Bojo-mojo, whereby a glorious economy based on baristas and bankers can beat the world.  The dirty secret is that the UK was a net exporter of hydrocarbons for many decades, something that contributed to low prices and delivered revenues that propped up the post-industrial, post-colonial economy.  This era is over – and the reversal of fortunes will be harsh.   Firstly, as a “weakened” economy the currency will fall – pushing the cost of imports up (I wrote this before the recent debacle of Trussanomics and Kami-Kwasi Kwarteng) .

Oil and gas imports are priced in USD in case you hadn’t noticed.   So for most importing countries, there is a double-whammy, rising commodity prices and adverse FX… the import bills for critical energy will rise.  In a global recession, services will be needed even less than goods, further weakening the UK economy.  But with galloping inflation, interest rates will rise – making existing borrowing much more expensive (further weakening the economy) and removing the preferred adjustment lever of more borrowing.   Except that more borrowing is the chosen option – the market and the IMF have passed judgement on this already.  It is really hard to see a way out of this spiral – and to his credit, The governor of the Bank of England, Andrew Bailey is unique amongst central bankers in having a degree of lucidity/honesty about the pain ahead.

On the bright side, there is a net reduction in demand for imported energy in the UK thanks to the electricity produced by wind and solar – but not enough to offset the effects of global scarcity (higher prices) +FX for the still-needed oil and gas. The fact that “it could be worse” is probably little comfort, and certainly this underlines the fact that UK electricity is really only for keeping the lights on.  Heating and transport are gas and oil dependent respectively, with heating requiring 4x the gas needed for electricity.

If the energy-transition happens as people hope/expect then this schism of energy-rich and energy-poor countries will not happen.  Energy will be Green Clean and Cheap and we’ll carry on wrecking the planetary ecosystem through consumerism and growth (albeit in a low-carbon way).

If the energy-transition does not happen as expected/hoped for, then there will be an increasingly desperate reliance on increasingly scarce (and expensive) fossil fuels (and hydro and nuclear where these exist).  The era of globalization could be fracturing.   Along with much of modern life, we have taken security, trade, and the whole “rules based system” for granted.  There is truth in the adage that “familiarity breeds contempt”. 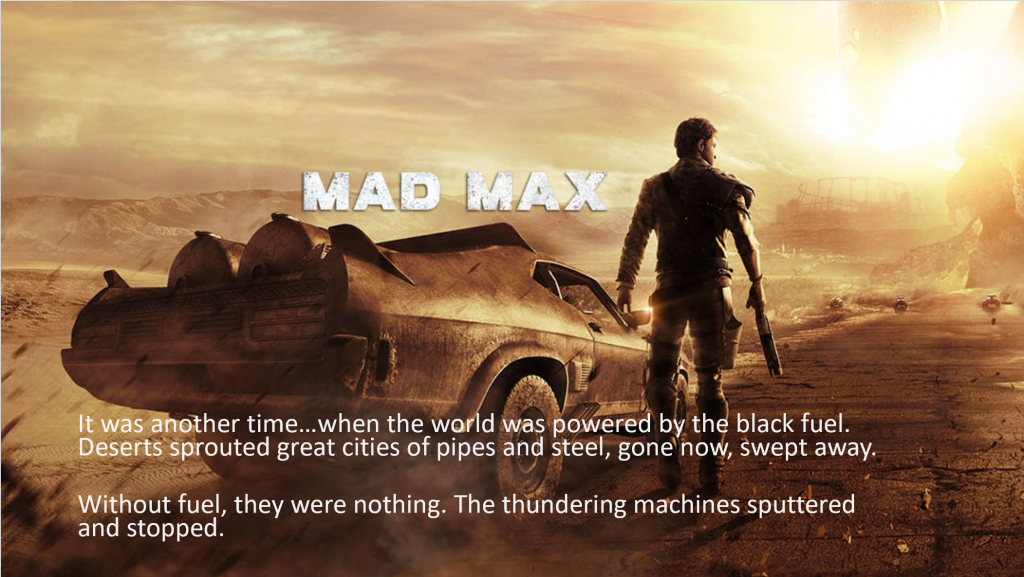 Push this logic to the extreme.  Europe has benefitted from cheap Russian gas and the Pax Americana far more than it acknowledges.  Pax Americana has involved very significant costs to the US tax-payer – partly contributing to the mind-boggling debt-levels seen today.  With self-interest in mind, the USA has been the global policeman and has (generally) kept oil from the crucial Middle-East flowing into the global supply.  In the most recent decade this has been added to by US production. The unseen effect of this is that whilst oil has continued to flow, its price has been moderate and Europe has benefitted enormously from cheap oil and gas.  In a very real sense European economies (and every other importing nation/region) have been subsidised by the Pax Americana. To be clear, Europe doesn’t need to import oil and gas from the Gulf or from the US directly to benefit from this price advantage – prices are a function of global supply and demand.

It’s not just oil and gas, but given the extreme mechanization of food production in much of the world, food security will come down to access to energy in the conventional form.  If an agriculturally rich region cannot afford to import the fossil fuel energy needed for its food production, then it is fragile.

With rapid declines in the economies of certain energy-scarce developed countries and with a possible Balkanisation of energy supplies, there will be winners and losers.  The “winners” will be regions that combine economic and industrial might with secure access to energy and resources.  With an emphasis on the affordability or “cheapness” of the energy.  In my slightly dystopian world-view this will involve the use of nuclear, gas, oil and coal in far greater volumes than any COP meeting would ever countenance.  Winners will also be Sinners.

Those who go “all in” on renewable energy (specifically wind and solar, hydro is different, but locally constrained) will have expensive and/or unreliable energy – there is no economy in the world that functions with expensive and/or unreliable energy.  Equally, countries or regions who have limited natural resources and wake up too late will find themselves on the wrong end of the Balkanization process.  They will only have expensive imported energy.  These will be the Losers.

Unless of course that Greener, Cleaner and Cheaper is not a Myth of Utopia.

The fourth part of this Trilogy will be:“It’s Different This Time”